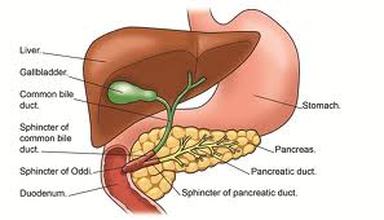 Causes and symptoms of the biliary dyskinesia
Biliary dyskinesia is often a symptom of disease rather than a disease itself. May signal the existence of gallbladder stones, acute or chronic pancreatitis and of other digestive disorders. However, symptoms can be induced by the consumption of certain types of food. Chronic inflammation may be another cause of biliary dyskinesia.

There is evidence that stress is a significant cause of biliary diskynesia. Some theorists believe that dopamine receptor dysfunction can trigger a biliary dyskinesia. Gallbladder function is likely to be damaged and can not receive appropriate signals from the brain when the bile will reach the gallbladder.

The most obvious sign of disease is the sharp pain in the right hypochondrium, intermittent cramps that are located under the right ribs. However, there are many patients who have no symptoms. Other patients may feel only a vague discomfort or a dull ache in right hypochondrium. Most often, pain occurs in approximately 40 minutes after the patient has eaten a meal high in fat. Rarely, may occur nausea and vomiting.

Diagnosis of the biliary dyskinesia
Most types of gallbladder disorders have symptoms similar to biliary dyskinesia. An extensive differential diagnosis is necessary to exclude other diseases such as cancer or gallstones. For the diagnosis, the doctor will ask, usually, blood tests and ultrasound. If the result of this investigations is negative, will be done other tests or ultrasound that evaluate the gallbladder function.

If is necessary a detailed investigation, then will be done colecistography. This involves the injection of a contrast substance into the bloodstream which will be transported to the liver cells and excreted trough gallbladder, which will allow the visualization of the gallbladder on a X-ray examination.

Although there are several risk factors for gallbladder disease in general, few of them are quite specific. Obesity, age and sex are known factors. Older women who are overweight are more likely to suffer from biliary dyskinesia than men. Treatment usually involves laparoscopic cholecystectomy (gallbladder removal complete).
If you liked this article about The Biliary Dyskinesia, please share it:
Recommended articles: