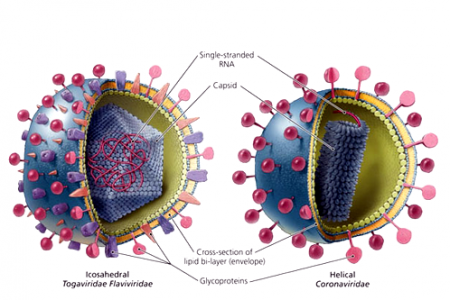 Hepatitis D, also known as the delta virus, is an infection that causes the liver to become inflamed. This swelling can impair liver function and cause long-term liver problems, including liver scarring and cancer. The condition is caused by the hepatitis D virus (HDV). This virus is rare in the United States, but it’s fairly common in the following regions:
- South America
- West Africa
- Russia
- Pacific islands
- Central Asia
- the Mediterranean

Unlike the other forms, hepatitis D can’t be contracted on its own. It can only develop in people who are already infected with hepatitis B.

Hepatitis D can be acute or chronic. Acute hepatitis D occurs suddenly and typically causes more severe symptoms. It may go away on its own. If the infection lasts for six months of longer, the condition is known as chronic hepatitis D. The long-term version of the infection develops gradually over time. The virus might be present in the body for several months before symptoms occur. As chronic hepatitis D progresses, the chances of complications increase. Many people with the condition eventually develop cirrhosis, or severe scarring of the liver.

There’s currently no cure or vaccine for hepatitis D, but it can be prevented in people who aren’t already infected with hepatitis B. Treatment may also help prevent liver failure when the condition is detected early.

Symptoms of the Hepatitis D
Hepatitis D doesn’t always cause symptoms. When symptoms do occur, they often include:
- yellowing of the skin and eyes, which is called jaundice
- joint pain
- abdominal pain
- vomiting
- loss of appetite
- dark urine
- fatigue

To make an accurate diagnosis, your doctor will perform a blood test that can detect anti-hepatitis D antibodies in your blood. If antibodies are found, it means you’ve been exposed to the virus.

Your doctor will also give you a liver function test if they suspect you have liver damage. This is a blood test that evaluates the health of your liver by measuring the levels of proteins, liver enzymes, and bilirubin in your blood. Results from the liver function test will show whether your liver is stressed or damaged.

Treatment of the Hepatitis D
There are no known treatments for acute or chronic hepatitis D. Unlike other forms of hepatitis, antiviral medications don’t seem to be very effective in treating HDV.

You may be given large doses of a medication called interferon for up to 12 months. Interferon is a type of protein that may stop the virus from spreading and lead to remission from the disease. However, even after treatment, people with hepatitis D can still test positive for the virus. This means that it’s still important to use precautionary measures to prevent transmission. You should also remain proactive by watching for recurring symptoms.

If you have cirrhosis or another type of liver damage, you may need a liver transplant. A liver transplant is a major surgical operation that involves removing the damaged liver and replacing it with a healthy liver from a donor. In cases where a liver transplant is needed, approximately 78 percent of people live five years or longer after the operation.
If you liked this article about Hepatitis D, please share it:
Recommended articles: