Bones of the foot 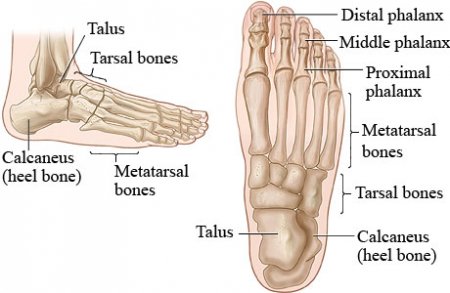 The calcaneus
The calcaneus, or heel bone, is the largest of the ankle bones, or tarsus. It is located below the talus where it projects backward to form the base of the heel. It helps to support the weight of the body and provides an attachment for muscles that move the foot.

The talus
The talus is a tarsal bone and is arranged with a group, called the tarsus, so that it can move freely where it joins the tibia and fibula (lower leg bones). This is known as the head of the talus.
If you liked this article about Bones of the foot, please share it:
Recommended articles: