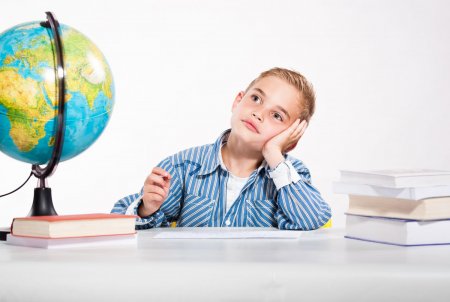 Absence seizures involve brief, sudden lapses of consciousness. They're more common in children than adults. Someone having an absence seizure may look like he or she is staring into space for a few seconds. This type of seizure usually doesn't lead to physical injury.

Absence seizures usually can be controlled with anti-seizure medications. Some children who have them also develop other seizures. Many children outgrow absence seizures in their teens.

Absence seizures generally last 10 to 15 seconds, followed immediately by full recovery. Afterward, there's no memory of the incident. Some people have dozens of episodes daily, which interfere with school or daily activities.

A child may have absence seizures for some time before an adult notices the seizures, because they're so brief. A decline in a child's learning ability may be the first sign of this disorder. Teachers may comment about a child's inability to pay attention.

When to see a doctor
Contact your doctor:
- The first time you notice a seizure
- If this is a new type of seizure
- If the seizures continue to occur despite being placed on anti-seizure medication

Seek immediate medical attention:
- If you observe prolonged automatic behaviors — activities such as eating or moving without awareness — or prolonged confusion, possible symptoms of a condition called absence status epilepticus
- After any seizure lasting more than five minutes

Causes of the absence seizure
Often, no underlying cause can be found for absence seizures. Many children appear to have a genetic predisposition to them. Rapid breathing (hyperventilation) can trigger an absence seizure.

In general, seizures are caused by abnormal electrical impulses from nerve cells (neurons) in the brain. The brain's nerve cells normally send electrical and chemical signals across the synapses that connect them.

In people who have seizures, the brain's usual electrical activity is altered. During an absence seizure, these electrical signals repeat themselves over and over in a three-second pattern.

People who have seizures may also have altered levels of the chemical messengers that help the nerve cells communicate with one another (neurotransmitters).

Absence seizures are more prevalent in children. Many children gradually outgrow them over months to years. Some children with absence seizures may also experience full seizures (tonic-clonic seizures).

Tests and diagnosis of the absence seizure
Your doctor will ask for a detailed description of the seizures and conduct a physical exam. Tests may include:

- Electroencephalography (EEG). This painless procedure measures waves of electrical activity in the brain. Brain waves are transmitted to the EEG machine via small electrodes attached to the scalp with paste or an elastic cap.

Your child may be asked to breathe rapidly or look at flickering lights, an attempt to provoke a seizure. During a seizure, the pattern on the EEG differs from the normal pattern.
- Brain scans. Tests such as magnetic resonance imaging (MRI) can produce detailed images of the brain, which can help rule out other problems, such as a stroke or a brain tumor. Because your child will need to hold still for long periods, talk with your doctor about the possible use of sedation.
If you liked this article about Absence seizure, please share it:
Recommended articles: