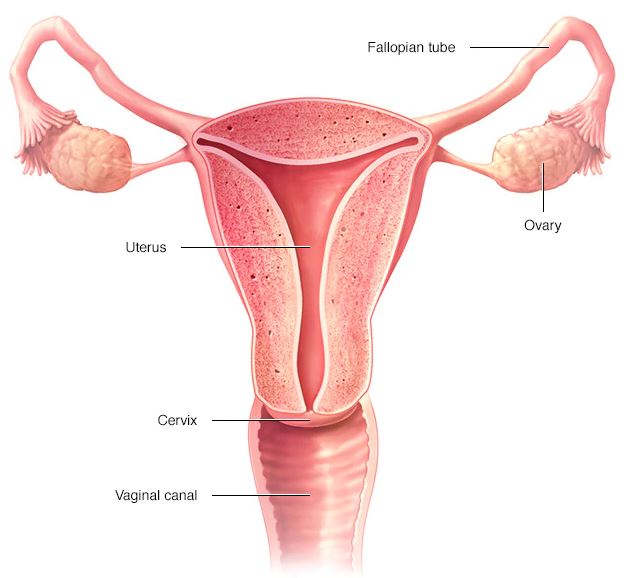 Amenorrhea is not a disease, but a sign of any physiological, genetic, biochemical, or psycho-emotional illness, and manifests itself as the absence of a menstrual cycle, for six months, in women aged sixteen to forty-five years. There is a false form of this disorder, in which both hormonal and cyclical changes in the uterus and ovaries are preserved, but menstruation itself is absent due to some anatomical obstacle. And with a true form, a woman does not ovulate because of which pregnancy does not occur.

1. False cycle disorder.
The absence of menstrual function occurs due to a defect in the structure of the genital organs of the congenital type, and this can be atresia of the hymen, vagina, or cervix. Blood accumulates in the uterine passages, in the vagina, or in the uterine cavity.
2. True form.
This form of cycle disorder is divided into two types: pathological or physiological. If the reason lies in physiology, then this is due to the onset of pregnancy, or the woman is breastfeeding, or maybe the period of menopause has come. If the cycle is absent due to pathology and then this is a symptom of some organic or functional failure in the body.

Likewise, the absence of menstrual function is divided into: primary form - if a teenager at the age of sixteen has not yet reached the period of the first menstruation; the secondary form - with a regular cycle, suddenly there comes a cessation of menstruation due to any disease.

- Primary stage.
If the primary form is diagnosed then this disorder is most likely of a genetic type, that is, hereditary. In most girls, the cycle begins after the age of seventeen, and if the gynecologist examines the anamnesis, he will reveal that this was the case with the patient's mother and older sisters. A symptom can be observed with the underdevelopment of the gonads, with their abnormal development; with developmental delay and excessive thinness; when the hymen or vaginal canal is infected. However, the most common cause is constant stress, anorexia and exhausting physical activity.

Therapy consists in eliminating the provoking factor, or in correcting it. If a girl, for example, has Turner syndrome, then she is assigned a lifelong hormone intake, and if a delay in reproductive and physical development is diagnosed, then this is treated with a diet that will help build both muscle mass and the necessary weight. In addition, the girls are assigned to take hormones, which will stimulate the appearance of the cycle. If the anatomy is to blame, then an operation is performed that will eliminate the cause of the delay in the cycle and create conditions for the normal monthly discharge of blood through the genital canals from the uterine cavity. With increased nervousness, the patient is prescribed treatment to strengthen the nervous system.

- Secondary stage. If the patient has a second stage of the cycle disorder, then this can happen with a serious malfunction in the body, and the provoking factor is anorexia, excessive physical exertion, heavy mental stress, drug abuse, constipation. In addition, a woman may have polycystic ovary disease, which can be detected by poor fat metabolism, acne and lack of pregnancy. Premature menopause occurs in a woman under the age of forty with insufficient ovarian function, and again, stress and anorexia may be the cause. The patient may have an extremely high level of prolactin in the blood, and in this case, discharge from the mammary glands and the termination of the cycle will be observed. Therapy consists in eliminating provoking factors, as in the first case. The gynecologist may prescribe oral progestogen contraceptives, or hormone therapy is prescribed. Also, the patient is advised to regulate the daily routine, so that there is time for rest and reasonable physical activity, it is necessary to learn how to avoid stressful situations. If the symptom is associated with an increased level of prolactin hormone in the woman's blood, then the patient is prescribed a dopamine agonist until ovulation begins.

In the event that the disorder is associated with a cancerous neoplasm, then surgery is indispensable. Moreover, if the cycle has stopped due to the prematurely started menopause, then corrective hormone replacement therapy for the woman is prescribed. If a woman cannot get pregnant due to an upset cycle, then doctors will help her by using the in vitro fertilization method, or by using a donor biomaterial. It should be remembered that a suddenly stopped cycle indicates problems in the body, and you should not be negligent about this. Malfunctions in the body should be treated, not triggered.
If you liked this article about Amenorrhea, please share it:
Recommended articles: