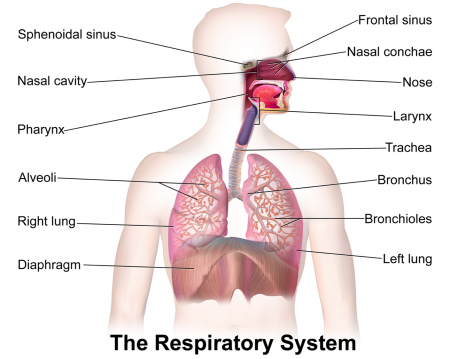 The cells of the human body require a constant stream of oxygen to stay alive. The respiratory system provides oxygen to the body’s cells while removing carbon dioxide, a waste product that can be lethal if allowed to accumulate. There are 3 major parts of the respiratory system: the airway, the lungs, and the muscles of respiration. The airway, which includes the nose, mouth, pharynx, larynx, trachea, bronchi, and bronchioles, carries air between the lungs and the body’s exterior. The lungs act as the functional units of the respiratory system by passing oxygen into the body and carbon dioxide out of the body. Finally, the muscles of respiration, including the diaphragm and intercostal muscles, work together to act as a pump, pushing air into and out of the lungs during breathing.
Read more

The diaphragm in the respiratory system 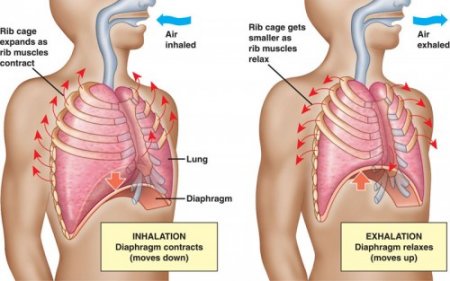 The diaphragm in the respiratory system is the dome-shaped sheet of muscle that separates the chest from the abdomen. It is also referred to the thoracic diaphragm because it’s located in the thoracic cavity, or chest. It is attached to the spine, ribs and sternum and is the main muscle of respiration, playing a very important role in the breathing process. The lungs are enclosed in a kind of cage in which the ribs form the sides and the diaphragm, an upwardly arching sheet of muscle, forms the floor. When we breathe, the diaphragm is drawn downward until it is flat. At the same time, the muscles around the ribs pull them up like a hoop skirt. The chest, or thoracic, cavity becomes deeper and larger, making more air space.
Read more

The human lungs are a pair of large, spongy organs optimized for gas exchange between our blood and the air. Our bodies require oxygen in order to survive. The lungs provide us with that vital oxygen while also removing carbon dioxide before it can reach hazardous levels.

If the inner surface of the lungs could be stretched out flat, they would occupy an area of around 80 to 100 square meters – about the size of half of a tennis court! The lungs also provide us with the air we need in order to speak, laugh at jokes, and sing.
Read more 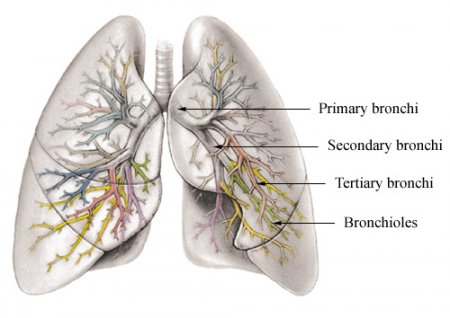 The trachea (or windpipe) is a wide, hollow tube that connects the larynx (or voice box) to the bronchi of the lungs. It is an integral part of the body’s airway and has the vital function of providing air flow to and from the lungs for respiration.

The trachea begins at the inferior end of the larynx in the base of the neck. It is located along the body’s midline, anterior to the esophagus and just deep to the skin, so that it is possible to feel the larynx through the skin of the neck. From its origin at the larynx, the trachea extends inferiorly into the thorax posterior to the sternum. In the thorax, the trachea ends where it splits into the left and right bronchi, which continue onward toward the lungs.
Read more 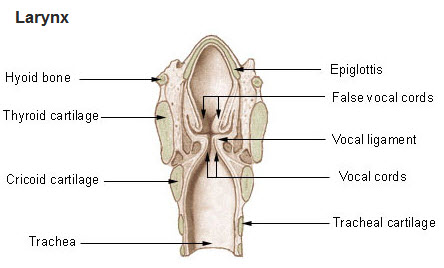 The larynx is a tough, flexible segment of the respiratory tract connecting the pharynx to the trachea in the neck. It plays a vital role in the respiratory tract by allowing air to pass through it while keeping food and drink from blocking the airway. The larynx is also the body’s “voice box” as it contains the vocal folds that produce the sounds of speech and singing.
Read more 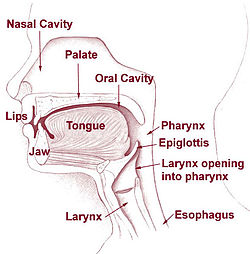 The pharynx is cone-shaped passageway leading from the oral and nasal cavities in the head to the esophagus and larynx. The pharynx chamber serves both respiratory and digestive functions. Thick fibres of muscle and connective tissue attach the pharynx to the base of the skull and surrounding structures. Both circular and longitudinal muscles occur in the walls of the pharynx; the circular muscles form constrictions that help push food to the esophagus and prevent air from being swallowed, while the longitudinal fibres lift the walls of the pharynx during swallowing.
Read more 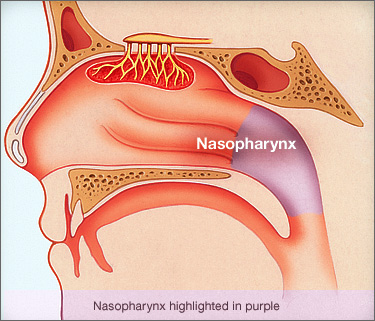 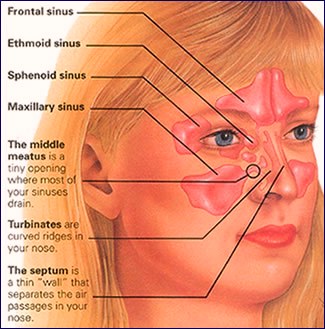 Smell is often considered the least important of all the senses, but it may be one of the oldest, and probably acts on the subconscious more than the other senses.

Most of the nose is concerned with filtering and providing a passage for air on its way to the lungs. The walls of the nasal cavity enable both these functions. In particular, the nasal conchae are filled with mucosal respiratory membranes coated in cilia-tiny hair-like cells that act to move waves of mucus toward the throat. These protections trap inhaled bacteria, dirt, viruses, and chemical particles in the mucus. The cilia and swallowing action then serve to sweep the allergens and infectious agents into the back of and down the throat for destruction (digestion) in the stomach.
Read more 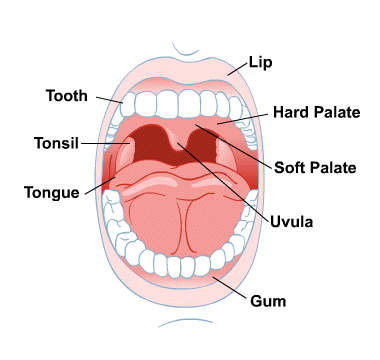 Also known as the oral cavity, the mouth is the hollow cavity that allows food and air to enter the body. The mouth contains many other organs - such as the teeth, tongue, and the ducts of the salivary glands - that work together to aid in the ingestion and digestion of food. The mouth also plays a major role in the production of speech through the movements of the tongue, lips and cheeks.

The mouth is a hollow cavity formed by the space between the lips, cheeks, tongue, hard and soft palates and the throat. Its external opening is located along the body’s midline inferior to the nose and superior to the chin. The external opening of the mouth is usually much longer in the horizontal plane, but may be extended through the movement of the jaw to become nearly as wide in the vertical plane as well.
Read more
1 2 ← →